1 channel peeling off at the extreme position of one side

Symmetrical position peeling is manifested in the inner ring being peeling off the surrounding belt, while the outer ring is peeling off in a circumferentially symmetrical position (that is, in the direction of the minor axis of the ellipse). The main reason is that the shell hole is too large or the two-half separated shell hole structure. The performance is particularly obvious in camshaft bearings for motorcycles.

When the bearing is pressed into the larger elliptical housing hole or the two halves of the separated housing are tightened, the outer ring of the bearing is elliptical, and the clearance in the minor axis direction is significantly reduced or even negative clearance.

Under the action of load, the inner ring rotates to produce circumferential peeling marks, and the outer ring only produces peeling marks at symmetrical positions in the minor axis direction. This is the main reason for the early failure of the bearing. The inspection of the failed parts of the bearing shows that the roundness of the outer diameter of the bearing has changed from 0.8um controlled by the original process to 27um. This value is much larger than the radial clearance value.

Therefore, it can be affirmed that the bearing is working under severe deformation and negative clearance, and the working surface is prone to early abnormal sharp wear and peeling.

The inclined peeling ring on the working surface of the bearing indicates that the bearing is working in an inclined state. When the inclination angle reaches or exceeds the critical state, it is easy to form abnormal sharp wear and peeling early. The main reasons are poor installation, shaft deflection, low precision of journal and housing hole, etc.

Take countermeasures to ensure the bearing installation quality and improve the axial runout accuracy of the shaft shoulder and hole shoulder, or increase the viscosity of the lubricant to obtain a thicker lubricant film.

5 The cage is broken

Cage fracture is an occasional abnormal failure mode. The main reasons are the following:

a. Abnormal load of cage

Such as improper installation, tilting, excessive interference, etc., it is easy to reduce the clearance, increase friction and heat generation, soften the surface, and cause abnormal peeling prematurely.

As the spalling expands, the spalled foreign matter enters the cage pockets, causing the cage to block operation and generate additional loads, which intensifies the wear of the cage. Such a deteriorating cyclic effect may cause the cage to break.

It mainly means that the bearing is running in a lean state, which is easy to form adhesive wear and deteriorate the working surface. The tears produced by the adhesive wear are easy to enter the cage, causing abnormal load on the cage, and possibly causing the cage to break.

c. The intrusion of foreign objects is a common mode of cage fracture failure

Due to the intrusion of foreign hard foreign objects, the wear of the cage is aggravated and the abnormal additional load is generated, which may also cause the cage to break.

d. Creep phenomenon is also one of the reasons for cage fracture

The so-called creeping multi-finger ferrule sliding phenomenon, in the case of insufficient interference of the mating surface, the load point moves in the surrounding direction due to the sliding, and the ferrule deviates from the shaft or the housing in the circumferential direction.

Once creep occurs, the mating surface is significantly worn, and the wear powder may enter the inside of the bearing, forming abnormal wear-raceway peeling-cage wear and additional load process, and may even cause cage fracture.

It can be solved by proper preloading, improving the lubricant and lubrication method, and improving the accuracy of the shaft and bearing box.

Wear failure refers to the failure caused by the continuous wear of the metal on the working surface caused by the relative sliding friction between the surfaces. The main factors causing wear failure are lubricant failure or lack of lubricant, incorrect lubrication method, abrasive particles entering the inside of the bearing, and excessive load.

The so-called scratches are surface damages that occur on the raceway surface and rolling surface due to the small burns caused by rolling slippage and oil film thermal cracking.

When small metal powders or foreign objects are bitten, the dents generated on the raceway surface or the rotating surface or the impact is received during installation, the concave surface (Brinell hardness indentation) is formed in the pitch interval of the rolling elements.

The main factors that cause indentation are: metal powder and other foreign objects bite, and the impact load received during assembly or transportation is too large.

Solution: Improve the sealing device, filter the lubricating oil, improve the assembly and use methods, etc.

The raceways, rolling elements and cages rapidly heat up during rotation until they are discolored, softened, welded and damaged. The causes of burns include poor lubrication, excessive load (excessive preload), excessive speed, too small clearance, intrusion of water and foreign matter, poor accuracy of shafts and bearing boxes, and large shaft deflection.

The so-called galvanic corrosion means that when the current flows in the contact part of the rotating bearing ring and the rolling element, sparks are emitted through the thin lubricating oil film, and the surface of the surface appears local melting and unevenness.

Solution: When setting the circuit, the current does not pass through the bearing, and the bearing is insulated and grounded statically.

There are many reasons for the rust, corrosion and failure of rolling bearings. The main ones are: the intrusion of water and corrosive substances (paint, gas, etc.), the improper lubricant, the water droplets attached due to the condensation of water vapor, the stall at high temperature and humidity, and the transportation process Poor rust prevention, improper storage condition, improper use, etc. 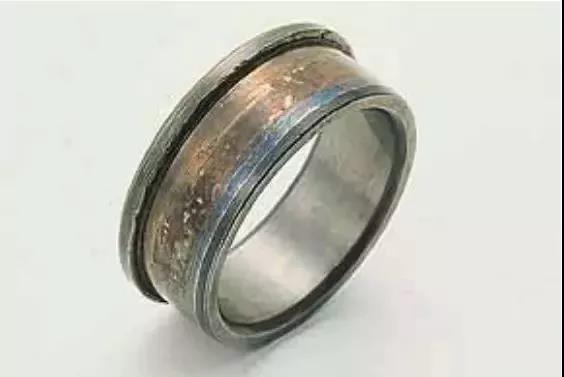 The solutions are: improve the sealing device, study the lubrication method, prevent rust measures when stopping, improve the storage method, and pay attention to it when using it.

In addition to the above-mentioned common failure modes, rolling bearings still have many failure modes in actual operation, which await our further analysis and research.

In summary, it can be known from the common failure mechanisms and failure modes of bearings that although rolling bearings are a precise and reliable mechanism foundation, improper use can also cause early failure.

Under normal circumstances, if the bearing can be used correctly, it can be used until the fatigue life. The early failure of the bearing is mostly caused by factors such as the manufacturing accuracy, installation quality, use conditions, lubrication effect, foreign matter intrusion, thermal influence and sudden failure of the host.

Therefore, the correct and reasonable use of bearings is a systematic project. In the process of bearing structure design, manufacturing and installation, taking corresponding measures for the links that produce early failures can effectively increase the service life of the bearings and the host.